A fantastic night was had by all at the annual dinner this year . The food was of gourmet standard and paired well with the beers our members provided.
The William Angliss venue made for a fun night and the service was of high standard.
Well done to Craig Bates for pulling the night together in his social role, and well done to the members and partners that made it along to give the night the relaxed atmosphere. Those that couldn’t make it along certainly missed out.

The Australian National Homebrew Conference returns to Melbourne in late
October this year.  One of the highlights of the conference is Club Night - it's a great opportunity to wind down at the end of the conference, showcase how amazing club brewers are, get creative, have fun, and catch up with other brewers from around Australia. It’s a great opportunity to promote our club so let’s see if we can be well represented
This months meeting is at Keg King, so hope to see you all there.

The next meeting, 29th of August.

Augusts meeting will be off site at Keg King at 35 Smith Road, Springvale. The shop will be open at the beginning of the meeting with a %10 discount for members. 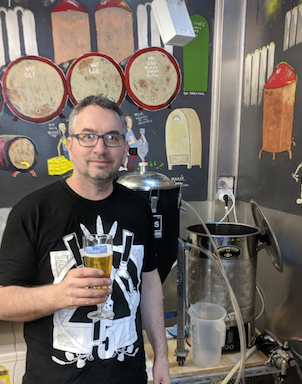 I’ve been married for 16 years to my wife Michelle and we have an 8 year old son Clyde. I grew up in Minnesota through to the end of high school and then moved around a lot living in Wisconsin, Texas, Virginia, Colorado, Maryland and Washington DC before moving to Tasmania with my wife in 2008.   We recently bought a house in Heathmont and I am hoping to not have to move again for a very long time!

I was a founding member of the Hobart Brewers in Tasmania, and joined the Melbourne Brewers when we moved here in late 2016.

I started brewing after moving to Tasmania in 2008. I always say one of my biggest shocks on moving to Australia was the price of beer! So I figured I should learn how to make it myself.

I did one extract brew before moving to all grain.

I enjoy brewing German style beers with Kolsch and Munich Dunkel probably being my favourites.

I used to brew on a 3 vessel recirculating mash system, but bought a Braumeister after moving to Melbourne. The 3 vessel system was fun to brew on, but I like the simplicity of the Braumeister. It’s almost just set and forget.

My favourite equipment is my SS Brewtech Chronical fermenter.  I’ve upgraded it with heating/cooling which lets me do temperature-controlled fermentations without needed a dedicated fermentation fridge.

Starting the Hobart Brewers and helping to organizing the first ever Tassie State Competition.

I can’t think of any major disasters, but I am very prone to filling vessels while the bottom tap is open. Which has lead to plenty of spilled wort.

In Hobart it was Last Rites.  I don’t have a favourite in Melbourne yet.  I think I need to get out more!

There is always something new to try. I very rarely make the same beer twice. There is always a new grain/hops/yeast to try and I want to try them all!

I’ve always enjoyed wood working and have recently started a project to build a CNC router which should keep me busy for a while.

A guy stumbles through the front door of a bar, ambles up to the bartender and orders a beer. The bartender looks at the drunk man and says,”I’m sorry sir, but I can’t serve you…you’ve already had too much to drink.” The guy swears and walks out of the bar.

Five minutes later the guy comes flying through the side door of the bar, and yells for a beer. Again the bartender says,”I’m sorry, sir…but I can’t serve you…you’ve already had too much to drink!”

Ten minutes later, the same guy comes flying through the back door of the bar, storms up to the bartender and demands a beer. Again, the bartender says to the man…”I’m really sorry, sir, but you’ve had too much to drink…you’re going to have to leave!” The guy looks quizzically at the bartender and says finally, “My God, man… How many bars do you work at?!”

Some Inspiration for our next in house competition. 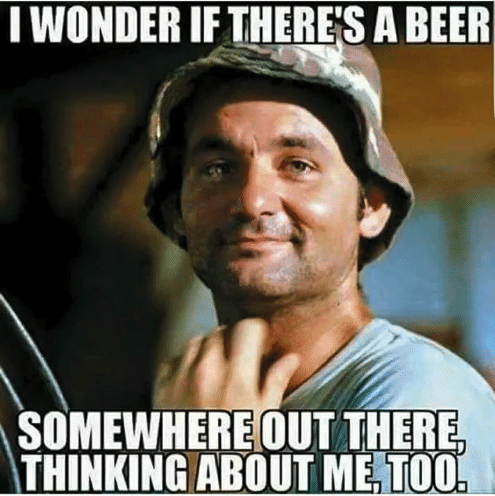