It was heartening to again being elected as your President for a second term at last months AGM.

I’d like to thank those members that have given their time to help guide the club over previous years but have decided to stand aside.
Chris Duckworth, Roger Cheesman, Ian Tomlin, Ed  Svalbe and Hong Lin Lim have devoted time and effort and again thank you

We welcome Craig Bates to the team. Craig has volunteered to take on two positions, competitions and social. Both positions require the backing of the members to make a successful year so get behind him and help him make a difference

I’d also like to thank those that continue to serve our club.
John Keske is taking on a dual role as secretary and membership.
Tom is also taking a dual role continuing with sponsorship where he excelled last year as well as treasurer. Dave continues with the newsletter, as does Braden with the website. Andy backs up again with his wealth of knowledge as the Ordinary Member.

We still have a vacancy  for a Vice President so if you would like to have an involvement on our committee please make an approach, the position doesn’t come with a lot of work, responsibility or additional time.

Our dinner is fast approaching at William Angliss. We could still do with some additional kegs being brewed. In response the club will pay for your dinner ticket at the function
This is always a fun night so set aside Friday night August 17.

For the club to succeed we require input, ideas and anything that can keep our members interested and involved so if you have any thoughts let us know.

This month Hayden Henderson is to give us a talk on water and we have an in-house pale ale competition.

Next months meeting (August) is off site at at Keg King where members will be given a discount on any purchase made on the night.

Hope to see you along Wednesday at Pete’s warehouse.

The next meeting, 25th July.

Hayden Henderson will be giving a talk on water chemistry and don't forget to bring your competition entry for our American Pale Ale Comp. 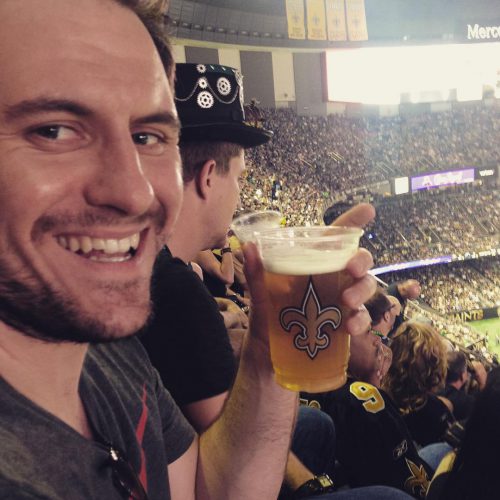 Hi, I'm 33 years old and grew up in the northern suburbs of Melbourne and I currently work at Telstra in Media & Cloud Engineering. Historically have worked on sports based video encoding platforms (E.g. Video content on the AFL website) and currently managing a new shiny Cloud platform.  Recently married, no kids (yet) and a cat who is probably more demanding than a child when he wants to be.

I joined around 2010~ after completing the BCJP study group which Andy held with Pete at the warehouse.  I guess it was a natural progression to start attending meetings with a few of the existing members from the BJCP study group.

Around when I turned 18, what started as a little bit of fun (and cheap alcohol) with a friend, went south after a couple of batches and we threw in the towel.  Around my 22nd birthday I decided to get back into home brewing.  I quickly jumped to all grain and never looked back.

99% of the time all grain with the exception being the GYKO (get your kit off) competition we run annually at the club.

I generally have on hand a few KGs of new world hops so any of the *PA styles are generally on rotation.  its not out of place for me to throw 500G or so of hops at 40Ls of wort.  I don't enjoy brewing lagers but my results are always great which kind of drives me to brew them more as of late. I've also being brewing a lot of Brett tainted beers lately, I love experiencing their evolution as I work my way through the bottles/kegs.

Is that also your favourite style to drink?

Depends on the phase of the moon.  Generally my go to will be an IPA but I'm also partial to Porters and English bitters when I can get my hands on a good one.

Generally no, however I can say I dont think I've ever had a beer make such an impression on me as Russian River Consecration did the first time I had it at their brewery. (Supplication was a very close second.).

A Frankenstein home made 2 keg mash/kettle combo, an electric tea kettle based HERMS and a 40L aluminium pot I use as a HLT.

After being a No-Chill fiend for several years I never thought I'd say my plate chiller! I love it.

Taking out champion brewer at VICBREW for 2017 and having 2 of my 4 placing beers also place in Nationals.

I'll go with tips. Never cut corners with cleanliness and sanitation, fresh grain and hops should be a priority, always pitch the right amount of healthy fresh yeast and never be afraid to have fun with experimentation.

Im pretty obsessive with anything fermented or cured and spend a lot of free time cooking.  There is generally at least one day of the week which is consumed with AFL or cricket depending on the season.  I've also come to love powerlifting / strength training over the past couple of years.  What started as a way to try and break the cycle of having a horrible posterior chain, lower back and sciatica by working in a sedentary job has started to become somewhat of an obsession.  (Also a hot tip for anyone who has these problems, heavy lifting works!)

Woman: Do you drink beer?

Woman: How many beers a day?

Woman: How much do you pay per beer?

Woman: And how long have you been drinking?

Man: About 20 years, I suppose

Woman: Do you know that if you didn't drink so much beer, that money could have been put in a step-up interest savings account and after accounting for compound interest for the past 20 years, you could have now buy a Ferrari?

Man: Do you drink beer?

Man: What color is your Ferrari?

Set to be held this year on Friday the 17th of August at the William Angliss Institute on Little Lonsdale Street, it's sure to be a great night. Make sure you have crossed off the day in your calendar and consider brewing for the night.

Some Inspiration for our next in house competition.

The Annual Dinner is set to be on Friday the 17th of August at William Angliss. 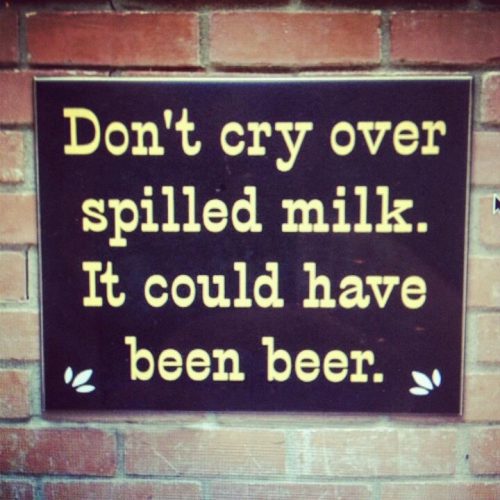