After Dermott Dowling from Beer Co gave his presentation last month it was pleasing that so many took the opportunity to jump aboard the bulk grain buy. With such support we can confidently move forward on other similar opportunities.

The cider day was another terrific day for the members. This year the new hydro press was on show and certainly made a huge difference to pressing the juice. Thanks again to Chris Duckworth for organising  the  day that has become an annual event not to be missed. Thanks also to Andy Davidson and his family for generously opening their  home as the venue.

At this months' meeting the club will conduct the annual meeting. All positions on the committee will be declared vacant. It's a great opportunity to get involved and have a say in the future direction of the club.

Personally it has been a satisfying twelve months for me as President and I encourage others to be part of the decision making to help grow the club.

I'd also like to thank those that have been part of the committee for a number of years and who will not be seeking re election. Your time, effort and knowledge have been appreciated.

The annual dinner looms on the 17th of August. It's a Friday night and is to be held at William Angliss at 550 Little Lonsdale Street in the City. Always a great night so lock in the date and think about brewing for the event.

At the meeting this month Peter Vinogradoff a Westgate Brewer is coming along to demonstrate his fermentation control system "Fermymate" . He is looking for some feedback to enable him to satisfy  the needs of home brewers.

Look forward to catching up on Wednesday night.

The next meeting, 27th June.

Junes meeting is back at the warehouse and it's the AGM. So come along and have a voice and get involved in the direction the club takes over the following year. All committee positions are up for nomination   with some members willing to continue but some are retiring. So the Club is looking for both fresh faces and old ones to volunteer and keep things ticking for the next year.

There will also be a guest speaker from Westgate discussing his fermentation control system.

This months brewer is.... Richard Lyones 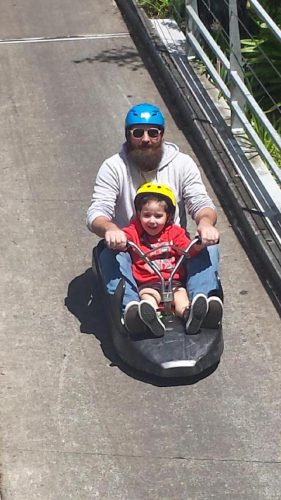 Tell us a little about who you are.
Originally from New Zealand, my wife Erica and I relocated to Melbourne 8 years ago. Currently living in Croydon South, I'm a 35-year-old Electrical Lines Supervisor based in Burwood for Zinfra Group, responsible for maintaining the United Energy Electricity Network as part of a team of 200, I am the father of 2 children, Joel (5) & Charlotte (1)
When did you join the Melbourne Brewers and what do you like about being in the Club?
I joined the Melbourne Brewers last year, to get me out of a brewing rut. I enjoy the internal comps and discussing brewing techniques with the other members.
When and why did you decide to give brewing a try?
I started brewing 4 years ago after brewing with a mate back in the land of the long white cloud.  The main reason being the science behind brewing and the cost of beer in Australia is fricken criminal.
Do you brew kit, extract, all grain or a combination?
I brew all grain, unless the stocks are getting low, then out come the extract.
How many batches are you up to?
Ran out fingers, took my shoes off, ran out of toes,  200+ at best estimate.
What’s your favourite style to brew?
IPA.
What about your favourite style to drink?
Who doesn't love a heavily dry hopped IPA.
Do you have a favourite store bought beer?
If I had to choose I'd have a Pinhead Pilsner.
What system do you brew with?
Self Built Electric HERMS.
What’s your favourite brewing gadget/tool?
My Refractometer.
What’s been your best highlight since you started brewing?
Not placing last in Beerfest, mainly as it was the first comp I entered & getting positive feedback from the judges.
What about your biggest disaster?
Got sidetracked and left the element on the HLT, dang that element was glowing.
What’s your favourite brewery to spend some time at?
Supporting the locals, the Public Brewery in Croydon.
What would be your best tip for others?
Sanitize, Sanitize, Sanitize.
What do you love about brewing that keeps you picking up the paddle?
I like the freedom brewing gives me, a tweak here a tweak there.
When you’re not brewing, how do you spend the rest of your spare time?
Not that there's much spare time, I brew almost every Sunday. When I do get out of the garage, I like to fly radio controlled aircraft and tinker with bits & pieces.

Guy walks into a bar, orders a beer. As the bartender hands it to him, the guy realises he really has to take a leak urgently. However the bar is crowded, and he doesn't want to leave his full beer on the bar because he's afraid someone will drink it. After a sudden burst of inspiration, he pulls out a small pad of paper and writes on it: "I spit in this beer." Putting the note on the beer, he heads off to the bathroom. When he returns, he's delighted to see his full beer still sitting there with the note. Upon closer examination, though, he sees that someone has written on the note: "So did I."

Set to be held this year on Friday the 17th of August at the William Angliss Institute on Little Lonsdale Street, it's sure to be a great night. Make sure you have crossed off the day in your calendar and consider brewing for the night.

A big welcome to this months new member, James Christiansz.
Membership Subs for 2018/19 are due by July 1st 2018.
The club's preferred method of payment is online
http://3.24.98.56/register/melbourne-brewers-membership-2018-2019/
Why not be one step ahead of the Treasurer this year and get paid up early!
Anyone who pays their Subs on or before the June Club meeting will go in a draw to win a copy of Gordon Strong's Modern Homebrew Recipies https://www.bookdepository.com/Modern-Homebrew-Recipes-Gordon-Strong/9781938469145

New members: If you believe you are not on the club mailing list, send the committee an email or bring it up with someone at a meeting to make sure we add you in.

The Annual Dinner is set to be on Friday the 17th of August at William Angliss.