Another month has slipped past with the festive season almost on us and time
to wind up another year.

As it is a great time to enjoy the festive season, the committee has
organised a beer event calendar, one beer to be consumed each day throughout
December up to Christmas day. Those that partake ENJOY !

November was another good month for members of The Melbourne Brewers with
Ian Tomlins winning medals at the Eltham Wine Show for his meads. Ian won
three silver medals and a bronze in his own right and another bronze in a
colaberation with Steve Walker. A fantastic result guys and congratulations.

Hawker Brewery have been able to access some extremely difficult to get hold
of South African hops,  African Queen (J17), Southern Dawn, and Southern
Star and are making some of them available to 8 home brew clubs around
Australia.

We, The Melbourne Brewers applied for them and were lucky enough to be
successful with our application. Macedon Ranges Brew Club the only other
Victorian club to be successful. What Hawker Brewery says...

Over the next two weeks, you should receive from us 0.5kg each of African
Queen (J17), Southern Dawn, and Southern Star. These are extremely difficult
to get hold of and we hope you enjoy brewing with them.

As part of our commitment to independence and giving back to our community,
we wanted to share these hops around to as many people as possible. Knowing
that after AB Inbev's purchase of SAB Miller and after the new company
banned the export of all hops from the SAB hop farms except to companies
they control, the brewers at Hawkers felt the need to share the hops we
managed to get our hands on, with fellow brewers from the home brewing
community. We want to encourage experimentation and trials originating from
some of the most creative and passionate minds out there.

The idea is simple, by accepting to take these hops your club commits to
brewing one or two 20 liter kegs of any style of beer you want. Sometime in
January and February 2018, we will host a night out with these beers
alongside our Hops Series IPA Edition 2 (featuring the same hops) to
celebrate beer and talk all things brewing. It will be a night of drinking
beer and talking with the brewers about not just commercial scale brewing,
but anything else you want.

All we need to do now is brew "something special" and have it kegged and
ready for January !

As the November meeting is the last for 2017 and to be held at Jesse's Craft
Beer Bar in Mitcham, hopefully we get number along to enjoy what's on tap.

After many years at Pete's Safety Beach holiday house the Christmas party
moves Andy's home in North Balwyn, so get along to enjoy the festivities

Beerfest is our major event each year and this year it is to be held at
Pete's warehouse on 24th. and 25th. of February 2018. We have brought it
back into Melbourne to encourage more members to come along, get involved
and enjoy the camaraderie . Many hands make light work for the benefit of
the club.

Also worth thinking about brewing one or more beers to enter into the
competition, gain some feed back and see how your beer stacks up.

Look forward to seeing you at Jesse's place

Novembers meeting this Wednesday is to be held at Jesse's bar 'The Foragers Drop',  it's the last meeting for 2017 and it is set to be a good one with a great venue and great host. So come on down to have a few beers of whatever is flowing from the taps, it's sure to be tasty. 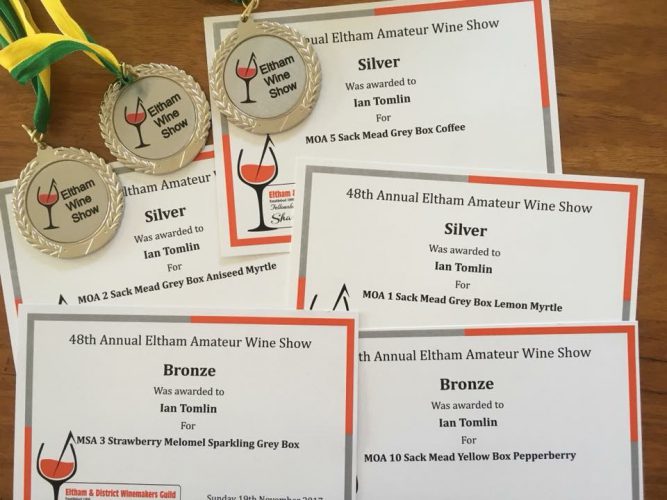 This months member is.... Peter Howell 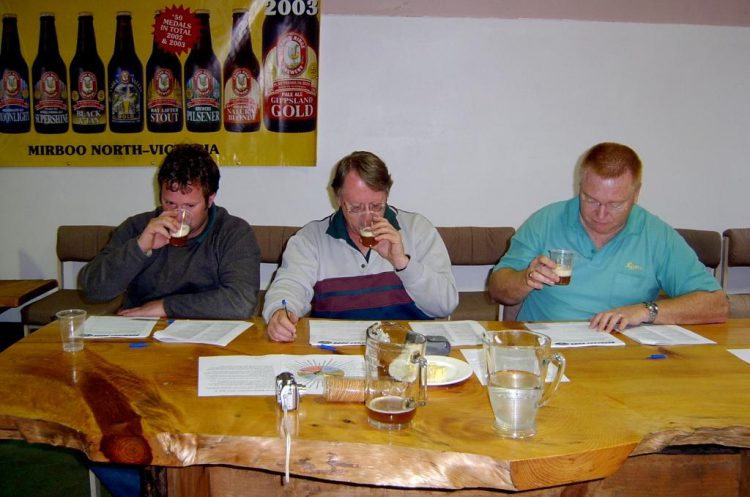 I’m 65 born and bred in Melbourne. I worked at PMG/Telecom/Telstra for 21 years before managing to get a package (it sometimes pays to be friendly with the top boss). I’m single (means I can have the beer fridge in the kitchen) and I have one son who is going to marry a lovely girl next year.

I started brewing in about 1992 and did it for the common reason of cheapness. At the time I had little interest in anything else than “cheap grog”. My how times have changed! I certainly have a great deal more interest now.

In October 1996 I went into The Brewers Den to buy my brewing supplies. I noticed that they had a sign on the window “Business for sale. Enquire within” As it happens I was contemplating buying a business at the time so I “enquired within”. I took over the business in April 1997. I’m still there even though I have the worst boss in the world. That bloke in the mirror is a real bastard. Makes me work long hours, doesn’t give me time off and doesn’t pay me enough!

Funnily enough one of the previous owners told me years later that they didn’t think I would last 6 months. They probably had a good reason for that. While I had qualifications in Accounting and IT, had done a lot of business analysis building corporate data models and run major computer projects at Telstra, all of which give a good background in running a business, I knew next to nothing about beer and the making of it. When I started in the business all I knew really was how to mix a can and kilo of fermentable sugars together.

I joined the club sometime in the next six months from April 1997. Apart from them being a great bunch of blokes the other best thing about joining the club was/is that it is a fantastic resource to learn about brewing. The club is full of knowledgeable blokes who are only too happy to spread their wisdom. That knowledge has been a fantastic help to me both in brewing and in running the shop in terms of the advice I can give customers.

In terms of batches I lost count around the 350 mark. I only brewed kit beers up to about 2007 when I built my mash system (the one up on the pallet racking at the warehouse). Since then I only do mash or sometimes the fresh wort kits if I’m short of time. The styles of beer I have brewed on the mash system the most are APA’s, English Bitters and Wheat beers. I do like hoppy beers but I will happily try anything except full on Lambics. They just taste like “baby chuck” to me (my son had a lot of gastric reflux when he was a baby and they smell like that to me and then you get a sense of the flavour from the smell!).

My best brewing highlight was winning Best Dark Lager which also got Best Beer of Show in Beerfest 2009. The style of beer was an Octoberfest. That made all the work put into the mash system worthwhile. It was only the third beer I had brewed in my new mash system as well.

Disaster? Probably when someone who shall remain nameless stirred my mash at one of our monster mash days and dislodged the false bottom so that grain went down the pipes and clogged the system. We recovered but it meant emptying the mash out of the mash tun to be able to get at the pipes that were blocked. Amazingly the beer still turned out alright!

Best tips? Sanitisation and temperature control. Sanitisation may not be next to godliness but it certainly is next to good beer. And happy yeast, happy drinker.

I don’t really have a favourite commercial beer. I tend to pick at different ones each time I buy a couple of beers when I go to a restaurant. Yes I have a restaurant which will allow me to take my own beer. Those restaurants are a bit thin on the ground sadly.

I haven’t brewed a beer for some time sadly. Hopefully I will get back into it sooner than later. But the process and the creation of a good beer at the end which not only you but others appreciate is a great thing.

I’m not brewing (when I was brewing) or working, I have mostly for the past six or seven years been renovating my home. Pretty much all done now except for the doors. I’m going to have to find another hobby now. Probably all those maintenance jobs I haven’t been doing while I renovated.

Cheers and Beers or in my case now, scotch.

Q: What is a man's idea of a balanced diet?

Stuck on what to brew next?

Keep in mind the Internal comp on Wheat and Rye in January.

Or try some of these links.

Tips from the pros

It's now late November 2017 and a special reminder needs to be put out for everyone to get their Annual fees paid.

RSVP to Ed ASAP for the Christmas party on the 9th of December.

Enter into your calendar Steinbrew 2018 proposed date of 17th to 18th of March.