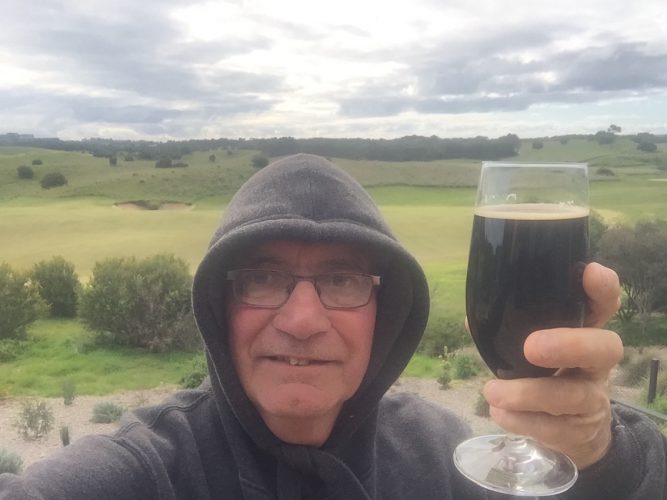 With the winter months almost over, one starts to turn their mind to sitting outside in the sun with the warmer weather sipping and an enjoyable home brew or two.

Saturday night sees the club at William Angliss for our Annual Dinner. Good numbers have been confirmed to be in attendance so we should all be in for an enjoyable evening.

Remember the entrance is at 555 Little Lonsdale Street, Melbourne.

Online Compmaster entries will need to be delivered to Vicbrew 2019 collection points by Early Saturday 31/08/2019. One of those drop off points is Pete’s Brewers Den and also you can bring them along to this month’s meeting

Also, it would be good to see some of our members involved at VIC BREW either as a judge or stewarding. We are presently not well represented.

This year the judging will be on the weekend of the 14th and 15th of September at the Belgian Beer Cafe Eureka, 5 Riverside Quay, Southbank Melbourne, Melways 2F E7.

Located about 5 minutes walk from Flinders St Station across the Evan-Walker bridge, this is a BJCP-registered competition and all judges are welcome.
If you are interested get in touch with VIC BREW email vicbrewcomp@gmail.com or fill out the form that can be found here https://forms.gle/uvk8rhvZqNQaM6UY7

Look forward to catching up this month at Pete’s warehouse and the British Ales Internal Comp.

The next meeting, 28th August.

Will be back once again at Petes warehouse in Ferntree Gully with the Internal comp on Bristish Ales.

Special thanks this month to Beach Hut Brewery  in Scoresby for generously donating a carton of beer to the club for the raffle. 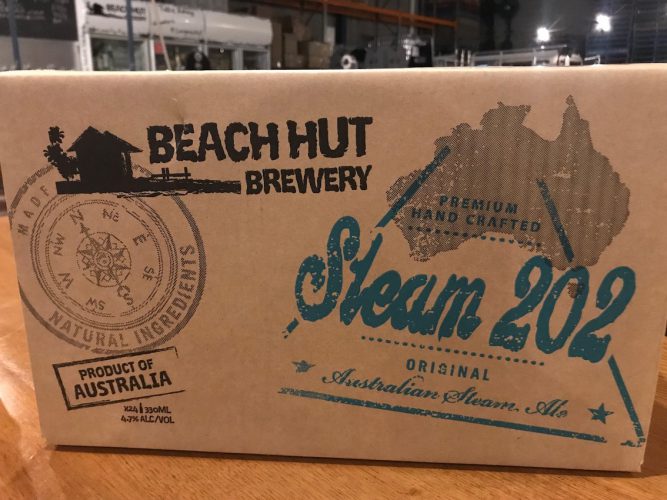 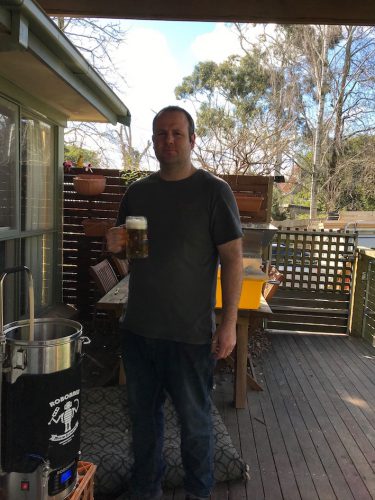 I enjoy having a beer!

I grew up in the eastern suburbs of Melbourne, I work as a carpenter. I have one little girl who’s almost 3.

Joined in August of 2018, haven’t been to many meetings so far never enough hours in the day! I like the differences of opinions and advice on ways to brew. Also the variety of beers everyone brews (tastings are great). Talking beer to other brewers that are actually interested.

2012 was when I first started brewing, my wife bought me a Coopers kit for my birthday. It would of been rude not to give it a try. Back then the craft industry in Australia was just getting big. I wanted to brew styles that were not readily available to purchase at the time eg. Dunkelweizen

I started with kits and after 2 brews tried a fresh wort kit. I was sold and after that I changed straight onto all grain.

I began with Brew In A Bag after seeing a demo out at grain and grape. Seeing the whole procedure first hand was a big help.

52,I should have had a lot more but a gave it away for a few years. The robobrew got me back into it. Now I’m trying to brew small batches to get through styles and different hops I want to try.

It’s a tie between Dunkelwiezen and Munich hells.

Anything good, depends on the weather. Lagers in summer, dark beers in winter, wheat beers in spring.

Augustiner Edelstoff, I could live off the stuff…perfection. Shame its rarely available in Australia.

Tough one, Tilt hydrometer, great seeing where your beer is at both in gravity and temperature. Also ink bird for temp control should get a mention too.

3rd place for munich dunkel at beerfest 2019, being that it was my first crack at brewing that beer and first comp.

Having to tip 19L of beer out of a keg because I didn’t clean the keg properly and got infected. Almost brought a tear to the eye! as it was a cracking brew when tasted from the fermenter!!

All of them in Munich Germany, fresh real beer! But if I had to choose it would be. Augustiner-Bräu. First discovered when I went to Oktoberfest in 2010. I recommend you put Oktoberfest on your bucket list.

Temperature control for fermenting, it has taken my beers to the next level.

The the smell of mashing in during brew day, the anticipation of cracking the first beer!

Having a a few beers watching the footy or cricket. I like to spend time with my wife and daughter going on holidays.

AFTER PARTY
As the night wraps up pretty early the committee has arranged to meet after the dinner at Penny Blue. They are located at 2 Driver Lane, Melbourne. (Off Little Bourke Street near Elizabeth Street)

The club's preferred method of payment is online.
http://3.24.98.56/register/melbourne-brewers-membership-2018-2019/
New members: If you believe you are not on the club mailing list, send the committee an email or bring it up with someone at a meeting to make sure we add you in. 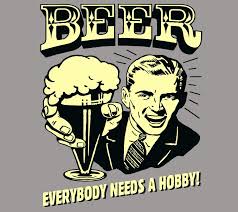