The next meeting, 30th of January.

Will be back once again at Keg King, 2/33-35 Smith Rd, Springvale VIC 3171.  The meeting will start at 7pm but the store will be open from 6-7pm with a ten percent discount for members. 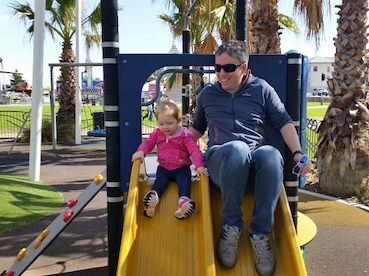 Tell us a little about who you are.
I like Pina Coladas and long walks in the rain.....
Seriously, I am in my mid thirties, working as a consulting engineer to coal fired power stations to make them run better. I have a wife and a two year old daughter, with another on the way.
When did you join the Melbourne Brewers and what do you like about being in the Club?
I joined the Melbourne Brewers in 2014 to meet other brewers and to stop boring my wife with beer facts
When and why did you decide to give brewing a try?
I started brewing kit beers in 2004 when I was at university to 'save money'. Had no idea about shiny stainless brewing items back then.
Do you brew kit, extract, all grain or a combination?
I am currently a all grain brewer.
How many batches are you up to?
Over 100 since I started being serious with all grain brewing and started to take notes.
What’s your favourite style to brew?
Brown Porter, but usually only brew it once a year. Rum oaked brown porter is my favourite at the moment.
What about your favourite style to drink?
Currently enjoying Bocks and any type of dark lager.
Do you have a favourite store bought beer?
Thomas Coopers Vintage Ale is always a good one.
What system do you brew with?
I currently use a DIY 3V Herms system, comprising of a techni ice cooler mash tun, 50L keggle (from a commercial brewer) HLT and a SS brewtech kettle. Only brew keg size batches.
I also have a 10L single vessel system for experimenting with. Last beer out of the small system was a flanders red ale.
What’s your favourite brewing gadget/tool?
My favourite tool is my control system, which I call 'the football', which is built in a plastic brief case for ultimate portablility.
My next favourite is my Tilt Hydrometer, to keep an eye of the progress of fermentation. I love having the data.
What’s been your best highlight since you started brewing?
Winning the speciality category in Vicbrew in 2017 with my whisky oaked English Barleywine. Still good today.
What about your biggest disaster?
I once left the element on in my HLT during sparge. Ran out of water and lost power to half my house!!!
What’s your favourite brewery to spend some time at.
Always a fan of going to Beachworth Brewery for a few beers.
What would be your best tip for others?
Control your fermentation temperature.
What do you love about brewing that keeps you picking up the paddle?
Having the ability to brew something different every single batch.
When you’re not brewing, how do you spend the rest of your spare time?
If I am not brewing I am either on my bike riding somewhere or in my vege patch figuring out how to grow something different...this year, blue corn!

Entries cut off 10am on the 9th of February.

Februarys meeting will be held this year on the Saturday evening following the festivities of Beerfest on the 23rd of February.

Some see the glass as half empty.

Others see the glass as half full.

I just wonder who the hell is drinking my beer!

The current leaderboard for the  2018 trophy has in the top six in no particular order:

These are followed closely by everyone else, so get brewing!

Aprils Get Your Kit Off Competition. 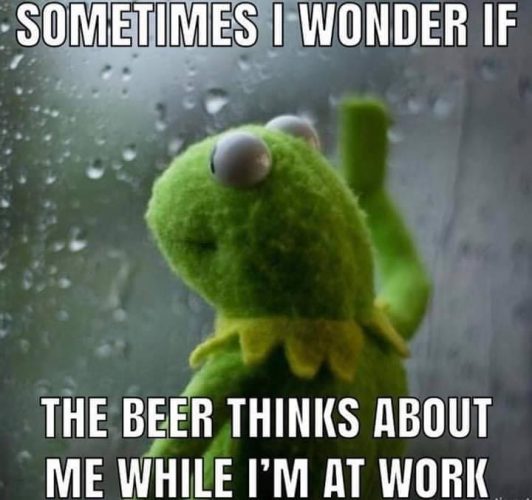