The meeting this month due to be held on Wednesday 25th of April ANZAC Day, has been moved to the following Wednesday, 2nd. May.  Our May meeting will revert back to the normal last Wednesday of the month, 30th May.

It has been pleasing to see that a number perspective  members have come along to our meetings and have taken the next  step and joined the club and partaking in the activities of the club.

Congratulations to new member Perran Cook who won our in house Belgium Ale competition with his barrel aged (2 months only) Belgium Strong.

The ANNUAL DINNER is to be held in July. To prepare for this a MONSTER BREW DAY has been arranged for Sunday 27th May at Pete's warehouse. It is always a fun day and gives the opportunity for new members and inexperienced brewers to see what other members of our club brew on and how they go about their brew day.

Since our last newsletter Merri Mashers conducted their IPA competition. John Keske, Roger Cheeseman and Hayden Henderson all placed in various categories. Well done boys, however we didn't have many entries in this comp.

At our last meeting there were good numbers that showed interest in getting the Meat Club up and running for 2018.

Haig has been the main stay in organising the meet club over recent years and we thank him very much for that. However, he wants to stand away from the organisational side of things and we need others within the club to take up the challenge to make it happen !

It won't be long before the annual meeting is with us again in June. All positions become vacant. Some on the committee won't be continuing having served the club admirably, we will need to find replacements to fill these positions. So if you would like to make a positive influence why not get on board and be part of the decision making process.

Look forward to seeing you at Pete's warehouse on the first Wednesday of May.

The April meeting this month has been changed because of Anzac day to Wednesday the 2nd of May with some discussion done on recipe design.

This months member is.... Colin Roberts 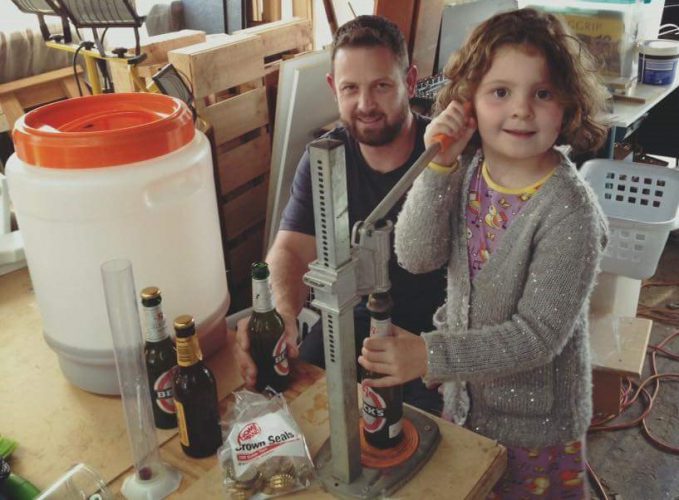 Tell us a little about who you are.
I'm a Tasmanian who's been living in Melbourne for the last 12 years, now in Seaford. Before that my wife and I spent several years working and travelling both here in Australia and Oversea's.  I'm a qualified Cabinet Maker but these days I work as in Facilities Maintenance at Dandenong High School. I'm married with two kids an 8 year old daughter and a 5 year old son.
When did you join the Melbourne Brewers and what do you like about being in the Club?
I joined the Melbourne Brewers with my two mates Guy and Perran at the beginning of 2018, the club is very welcoming to new people and the wealth of knowledge and advice from the members has been incredible.
When and why did you decide to give brewing a try?
I first brewed beer in 2001 after my brother gave me a starter kit for my birthday. Guy grew up making kit beer with his dad so he taught me how to do a batch at his place then I went home and did my own.
Do you brew kit, extract, all grain or a combination?
I transitioned from kit, through extract to BIAB all grain over the last 3 years.
How many batches are you up to?
I'm up to 8 all grain batches.
What’s your favourite style to brew?
I love brewing all beers, but a lot of my focus has been on APA's.
What about your favourite style to drink?
Definitely Hoppy APA's.
Do you have a favourite commercial beer?
I'm really trying to get away from the big corporations and stick with independently owned breweries like Gage Roads, Moon Dog, Bridge Road etc.
What system do you brew with?
I'm scaling up my single vessel BIAB system to a 3 vessel system. Currently designing a trolley to permanently house it on.
What’s your favourite brewing gadget/tool
My MKII temperature controller has changed my life.
What’s been your best highlight since you started brewing?
Tasting my first all grain brew.
What about your biggest disaster?
One night the football on TV was getting a bit too interesting and I ended up with multiple boil overs in one night.  The stains are still on my garage floor.
What’s your favourite brewery to spend some time at.
Bad Sheppard (in VIC) and Murray's (in NSW).
What would be your best tip for others?
If you use digital thermometers, check their accuracy regularly.
What do you love about brewing that keeps you picking up the paddle?
I love making my own high quality beer at a fraction of the price of commercial beers.
When you’re not brewing, how do you spend the rest of your spare time?
I have young children so most of my spare time is spent having fun with them, but  I also like to run cross country and fun runs.
Cheers
Colin 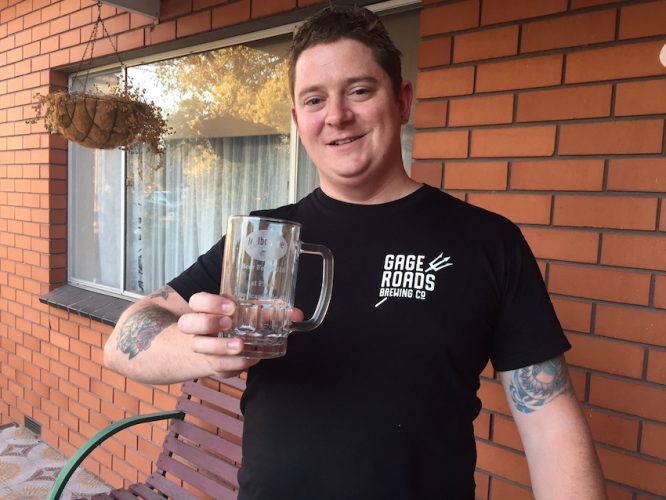 Scott Trainor independent brewer, being presented with his 1st Prize for American Pale Ale  at Beerfest 2018.

“Poor Old fool,” thought the well-dressed gentleman as he watched an old man fish in a puddle outside a pub. So he invited the old man inside for a drink. As they sipped their beer, the gentleman thought he’d humour the old man and asked, “So how many have you caught today?”

Monster Brew Day. Sunday the 27th of May.

30th of May, internal comp on Stouts.