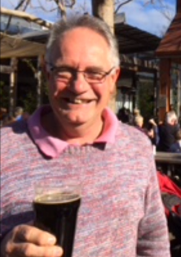 Last months’ meeting saw a wholesome number of entries into our in house cider competition which created interest from those who attended.

Congratulations to the winner, Ed with his apple Schnapps.

Braden Jackman won on a count back to be Champion Brewer with a first, second and two thirds. Congratulations Braden.

Others to place were Matt Daniel 1st, 2nd, 3rd

Just goes to show that our members brew some extremely good beer and our wishes to those place getters at the Australian Amateur Brewing Championships on the 14th October in Western Australia.

Wish our success at Vic Brew it would be nice to see this translate to plenty of member entries at our own competition Beer Fest held at the end of February.
I look forward to catch up with as many as possible at this months meeting at Pete’s Warehouse

Note from the editor

My apologies everyone for the last minute posting of this months newsletter, I’ve been moving house and in the chaos of it all I lost track of my deadlines and pretty much everything else. I’ve put together what I could for you at short notice.

The August meeting was once more held at Pete’s warehouse in Ferntree Gully. It was a fairly typical night of sampling beers and chatting.

The highlight was of course the internal cider competition which was held. The whole club split into teams of four and judged a large variety of all kinds of cider. The rightful winner was Ed Svalbe with an absolutely cracking cider with a massive %25 alcohol content. Congratulations Ed! It was well deserved!

Make sure you all make it down tomorrow for the September meeting it will hopefully be a great one.

Home Make It have have said they are planning on coming in to run over Viking Malts, Sausage demo, malt sensory analysis and a special offer for club members.

So with all that on top of the usual banter it will be a great night not to be missed.

Braden Jackman has come in with a fantastic effort with 1 first, 1 second and two thirds allowing him to pull in a tie for Champion Brewer! Well done! Braden also brought in a first and third in the Pale Lager category, also second in Amber and Dark Lager category, plus third in Bitter Ale category.

Tom Cooper has made runner up to Champion beer of show missing it by only one point with his Wood-aged (whiskey barrel) English Style Barley Wine. Congratulations Tom!  This same beer also of course came in first in it’s category of Speciality beer.

John Keske with a first in the Pale Ale category.

Matt Daniel with a second in the American Pale Ale Category, a first in the specialty IPA category plus a third in the Wheat and Rye beer Category.

John Dykes with a third in the Brown Ale category.

Ian Bennett with a third in the speciality IPA category.

Mark Johnstone took first with his Sweet Mead in the Mead category.

Plus a shout out for other participating members goes to…

We are a big club people, let’s try and start boosting our entries! Get brewing and let’s pick things up for the next competition!

beer joke of the month

Boy: “I love you so much, I could never live without you.”

Girl: “Is that you or the beer talking?”

It’s now late September 2017 and a special reminder needs to be put out for everyone to get their Annual fees paid.

Monthly Meetings
Meetings are held on the last Wednesday of each month at different locations. They are a great place to socialise, listen to talks, participate in Club competitions, BBQ’s and of course taste lots of beer plus many other things.

Things to keep you busy

Last but far from least, help keep the Club alive and don’t forget to pay your membership fees for this financial year!